Why Ribbon Mics Are the New Standard

And why they are making a BIG come back

Ribbons are known as the first great microphone because of their very warm and natural sound. But, in the 1960s, they fell out favor — not because of the microphone itself, but due to changes in the way voices and music were recorded.

The RCA Photophone Type PB-31 was commercially manufactured in 1931, greatly impacting the audio recording and the broadcasting industries. Radio City Music Hall in New York City employed PB-31s in 1932. The following year, the RCA 44A came on the scene. Its tone and pattern control helped reduce reverberation. RCA kept building improved versions of its ribbons through the 1970s.

Do you hear what I hear?

Then those vinyl records were played on the radio which also had a high-frequency roll off. By the time the original source track hit the home listener, much of the high-frequency content was completely lost.

Until the late 1950s, condenser microphones could not compare to the ribbon’s frequency response. But condensers steadily improved and swept the recording industry. They became the “go-to” mic for many recording studios. Because of their high-tuned system, frequencies in condensers in the top-end were exaggerated and hyped.

Sometimes these condensers were so hyped that monitoring drums and vocals directly through the console would sound harsh. But by the time the condenser was recorded to tape, transferred to vinyl, and then played back on radio, the top end was greatly rolled off and sounded smooth.

The preamps in these consoles didn’t have enough clean output to adequately power the ribbons of old. By the end of the signal path, a ribbon was noisy with limited top end while a condenser sounded crystal clear.

By the 1970s, ribbon mics had passed out of style and RCA’s ribbon mic division was closed down. AEA started servicing existing mics during this period.

Suddenly, engineers found that the condensers they had been using for years sounded too harsh and brash when going directly to digital converters. Users searched their microphone lockers for old ribbons again realizing that the unaltered sound of digital recording complemented the natural roll off of their ribbons.

What they found is a warm, mellow and pleasing sound, one that is well suited to digital recording technology. Ribbons make almost any instrument sound good and recordings made with them sit easily in mixes.

In 1998, AEA started production on a replica and upgraded version of the RCA R44BX, called the R44C. Since then, we have designed multiple mics based on the techniques and craftsmanship that RCA propelled through the first half of 20th century. 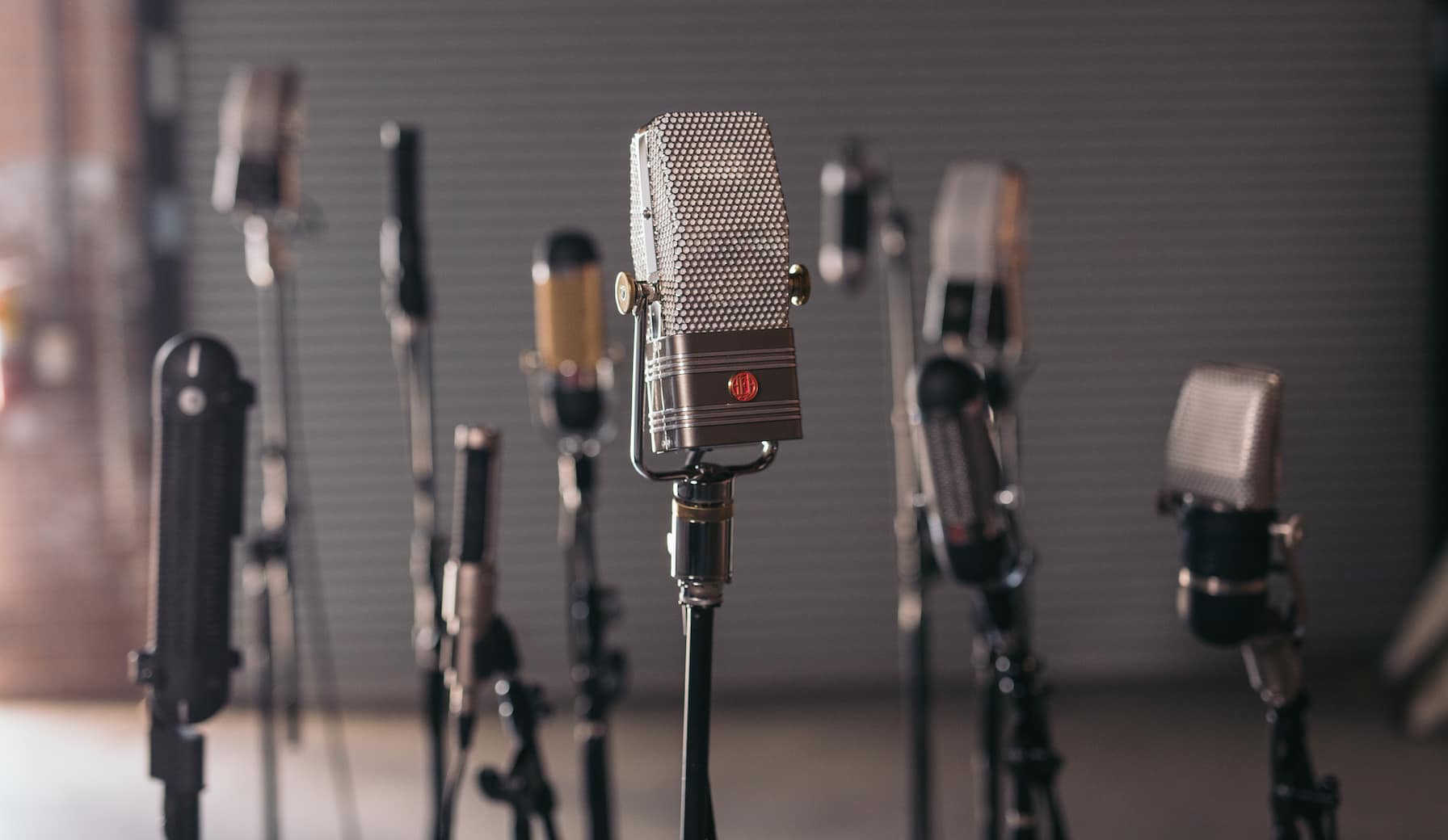 The current generation of ribbon microphones are far more rugged than earlier models. Improved construction materials, stronger magnets, and updated technology designs make our ribbon mics the best available. Our active, road-worthy ribbons for bands can be used without consideration to the type of preamp. And now preamps designed specifically for ribbon mics are an industry standard.

Ribbon mics have made a big comeback and many studios now base their entire mic locker around them. They are the foundation for tons of albums ranging from Hollywood movie scores to Nashville country records.

Are Ribbon Mics Dark or is Everything Else Hyped?

How to Use Proximity Effect to Create “Big” Sound