The R84 is one of the most popular mics in the AEA line. As AEA’s first original design, many users have questions about its lineage and connection to the R44.

From the 1930s — when it was introduced by RCA — the RCA 44 became a staple in broadcasting and recording studios throughout the world. The RCA 44 has an unmistakable sonic character that Les Paul called the first truly musical microphone ever built. The 44’s unique rich sound is so ingrained in us, we recognize it when we hear it.

As great sounding as the R44 is, it does come with some caveats. First, it has an insane amount of proximity effect that kicks in at six feet (1.8 meters) away from the source. That boost of low-end might not always be the right choice in tiny studios or on cramped stages.

Additionally, the R44 is a monolith of a microphone. It weighs in at a very hefty eight pounds — the weight of a newborn baby. That massive bulk can be difficult to handle in certain situations. Required to support it is a very heavy-duty microphone stand. A stand like this can be difficult to move around, especially for bands on the road.

Recognizing the limitations of the R44, we set out in 2000 to create a smaller, lighter and less expensive version of the R44 with as close to the same sound as possible. As a result of this project, we were able to take the same R44 Big Ribbon element, transformer and puff shield concept, fitting them into a smaller form factor. We borrowed the very same technology that came from RCA in its classic mic from the 1930s, offering similar frequency response and color.

By using a more compact transducer and magnets in the R84, we were able to create a mic that still sounds like the R44, but has less proximity effect and more top end.

Listen to the R84 on Female Vocals

Listen to the R44C on Female Vocals

A Younger and Lighter R44

At a weight of three pounds and a much smaller physical profile, the R84 is far more flexible than the R44. Because of the reduced proximity effect, it can be positioned closer to the source allowing the capture of a more balanced and direct sound with the proper amount of bass. However, it still retains the R44’s warm color.

Choosing an R84 or R44 Depends on Your Application

An R84 at four feet away from a source can sound eerily similar to an R44 at eight feet (2.4 meters) away. The distance difference is due to each microphone’s optimum treble-to-bass ratio. The R44 has equal treble and bass from twenty feet (6 meters) away from the source making it the ultimate far-field ribbon mic. The R84 has equal treble and bass up to ten feet (3 meters) away. This is a very important difference between the two mics because the further away they are positioned from the source, the bass response will change and the more room tone will be captured.

Like all of our microphones, we create tools that allow musical artists to create and tailor a sonic signature to their liking. Sometimes artists want extra bass to make a kick drum sound huge. The R44 is perfect for that application. Other times, a vocalist may want to work closer to the microphone without the low-end that the R44 produces. The R84 is the microphone for that.

The R84 is one of the most versatile microphones in the AEA line. It produces rich and full low and mid ranges, a smooth top-end and has a well-behaved bidirectional pickup pattern. These aspects, combined with the reduced proximity effect, make it well-suited for both close-up and ambient mic applications in medium-sized rooms. It flatters voice, strings, brass and drums alike.

For greater flexibility, we make an active version of the R84. Called the R84A, it sounds the same as an R84, but uses a custom Lehle transformer and JFET electronics to produce 12 dB more output. Its internal electronics require phantom power to operate and protect it from blowing a ribbon with an accidental hot-patch.

The R84A’s higher output and immunity to impedance-loading offer more flexibility in the choice of preamps and avoid noise problems in low signal level applications. Touring musicians who are looking for consistent and risk-free performance in a wide range of venues and recording setups will find it a trusty companion.

The pill-shaped R84 has a physical similarity to RCA’s classic 77 ribbon series, causing many people to think it’s a replica of the famous RCA mic introduced in 1945. It is not. The RCA 77 was intended for use in broadcasting and had adjustable directionality. It also uses a much smaller ribbon and has a very different transducer shape.

Many people try the R84 expecting the sound of a 77. They are pleasantly surprised to find the R84 actually has a much more balanced sound due to its incredible amount of low-end and much larger ribbon. 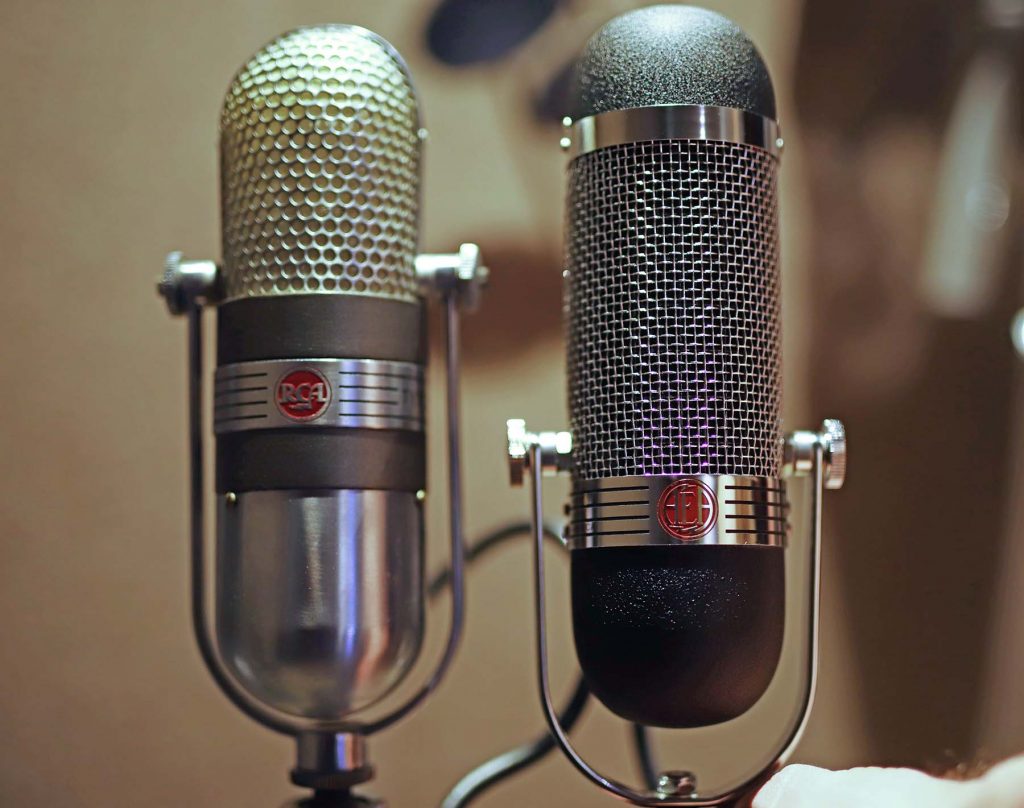 Though they have a similar form factor, these mics couldn’t be more different.

Of course, at the heart of all ribbon microphones is the ribbon itself. This slim strip of aluminum impacts the frequency response, transient response and overall sound of the microphone. The R44, R84, and R84A all share a big, 2.35-inch by 0.185-inch by two-micron pure aluminum low-tension ribbon element. It’s the materials placed in front of the ribbon that have a direct impact on what is being picked up, which differs between the R44 and R84.

Regardless of the model you choose, each model is astonishingly close to what your ears hear when you’re actually standing in the studio.