One Mic To Rule Them All

In the golden age of live radio, the format necessitated musicians and actors to physically move in and out around a single RCA 44BX ribbon mic to perform vocal solos or read dramatic parts for radio drama. It was a unique form of choreography that allowed ensembles to perform more complex arrangements around the one microphone.

Today, the same logic can be applied when using the AEA R88 stereo ribbon microphone, an extremely flexible stereo far-field mic used by recording engineers as diverse as Vance Powell, Ryan Hewitt, Joe Chiccarelli, and John Cuniberti. The R88 has become an essential, regular tool for their recordings.

The R88 can be used in a myriad of ways — from capturing group ensembles and entire bands to recording drum overheads, pianos, orchestras and the ambient sound of rooms. It is truly one of the most versatile microphones in the AEA line. 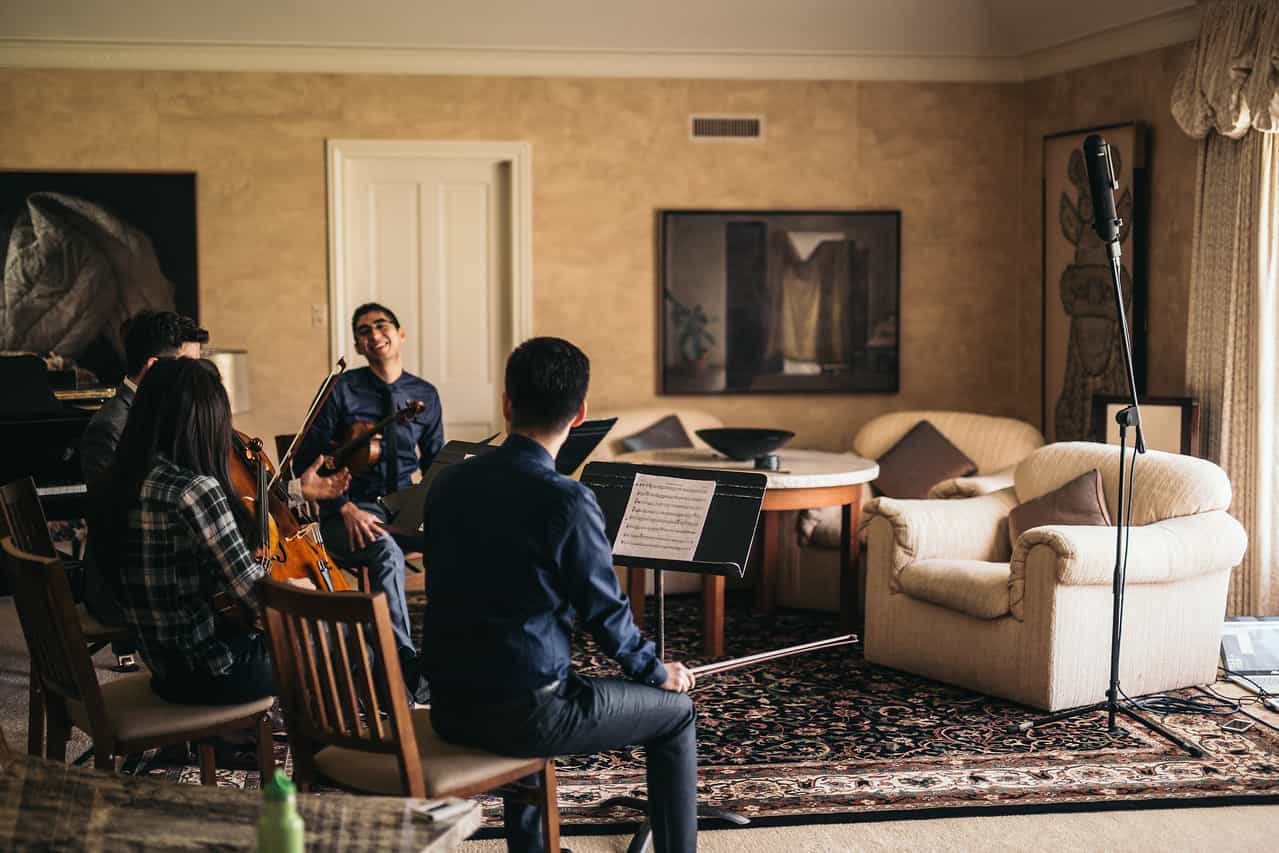 It’s All About The Space

The design of the R88 was inspired by the significant stereo recording tradition established by EMI engineer, Alan Blumlein, who invented stereo recording by demonstrating the natural reproduction of the soundstage in one of the Abbey Road studios in London. Today, Blumlein’s coincident recording technique lives on in the R88, which uses two figure-of-8 ribbons for authentically representing a performance. 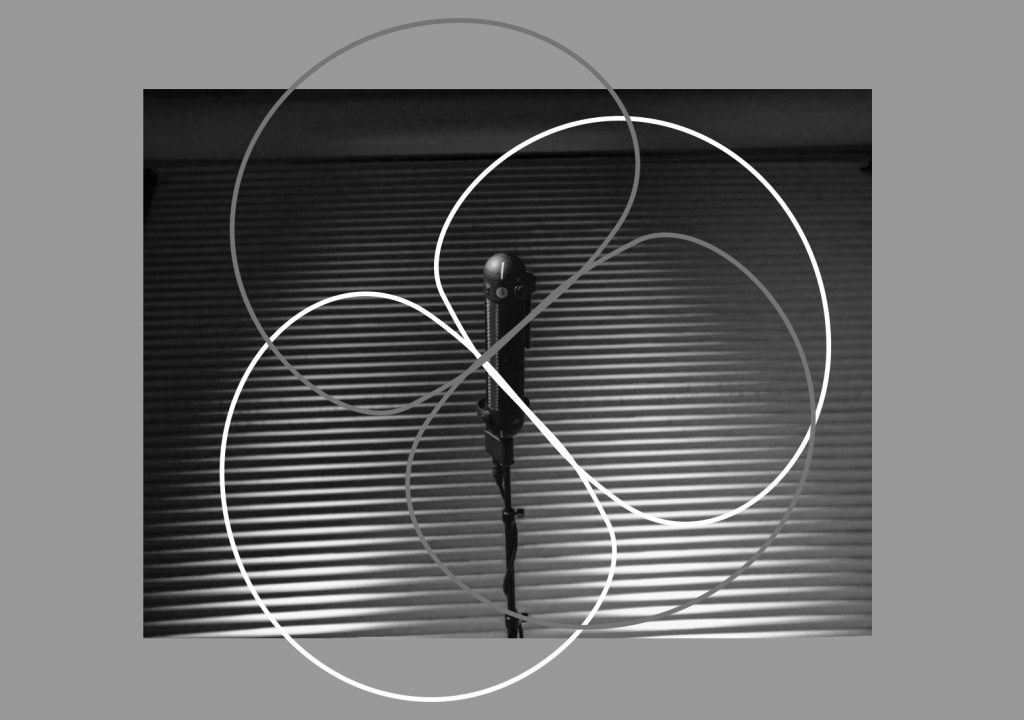 The R88 uses two of AEA’s signature Big Ribbon elements in a perpendicular array and mounted in close proximity to each other along the vertical axis of the microphone. As an alternative to Blumlein’s technique, the R88 can also be used for MS stereo, providing excellent mono compatibility and full control over the width of the stereo image.

The R88 can be used without concern for phase issues because the two internal ribbons are aligned to be in perfect phase with each other. 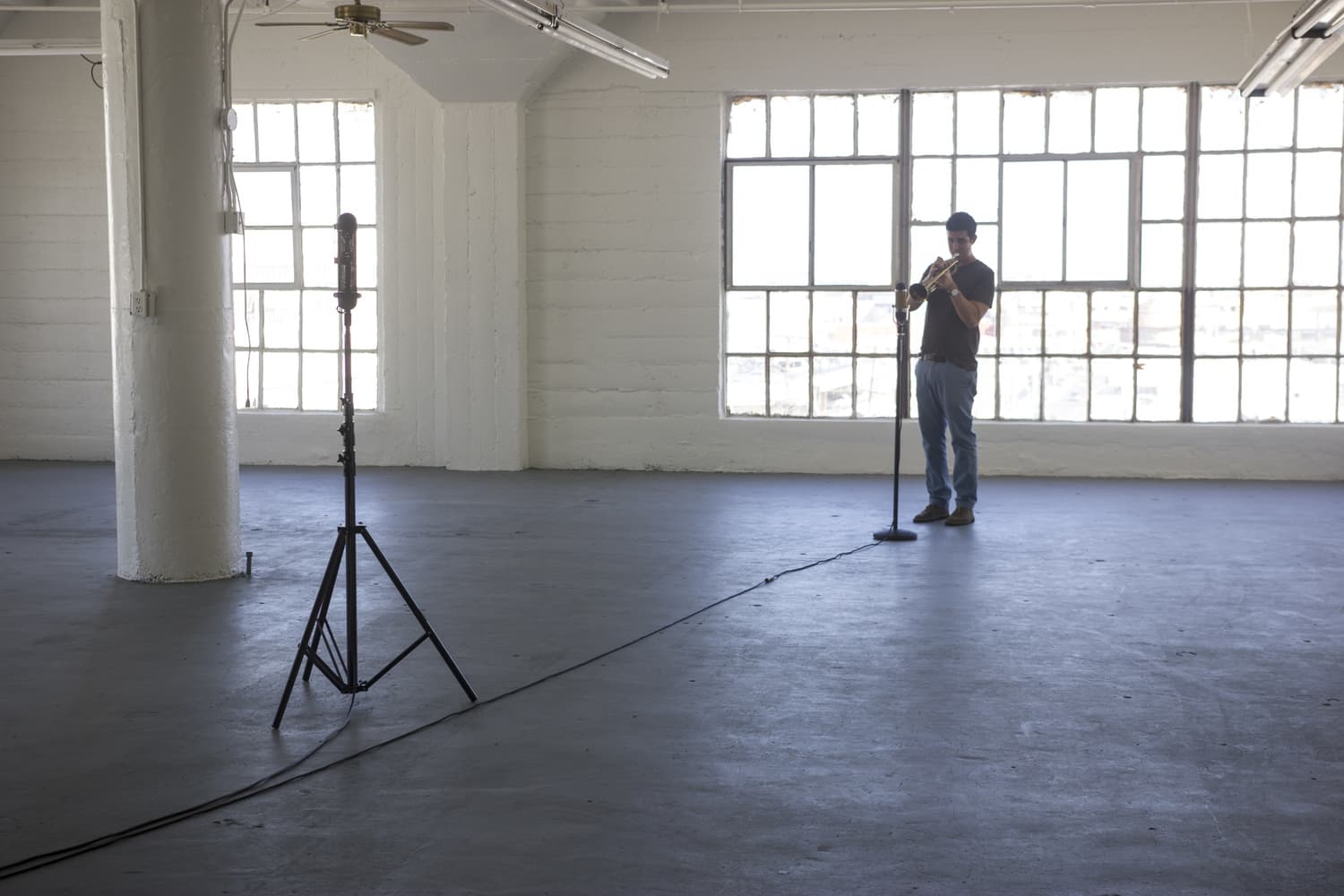 As a far-field ribbon, the R88 picks up a significant amount of bass from over 20 feet (6 meters) away from the source. You’ll never have to worry whether or not it will retain the low-end of a 26-inch kick drum when miking it from the top of a stairwell or the back of a scoring stage.

Like the RCA 44BX in the era of radio broadcasting, the R88 carries on the tradition of acting as the glue that holds everything together in a recording. Many engineers place it in the middle of the room to add more depth and ambience to their projects. It consistently delivers a punchy, “larger than life” image.

In nearly every AEA Session video, there is a near-field AEA microphone close-miking the musician while an R88 sits at the back of the room to capture the natural room ambience. The R88 creates the element of space in these recordings and makes the listener feel as if they are sitting in the same room as the performer.

Much like the ringbearer was shielded by the fellowship, so must the big ribbon be surrounded by material that preserve the integrity of its structure.

John Cuniberti uses the R88 in his OneMic series— a project aimed at capturing a band in one take, without edits or overdubs. The R88 was his mic of choice, due to its outstanding low-end response, open sound, and design simplicity.

The resulting recordings of Cuniberti’s OneMic Series are a testament to the organic energy of the captured moment. The R88 delivers breathtaking, natural stereo in a truly organic way. 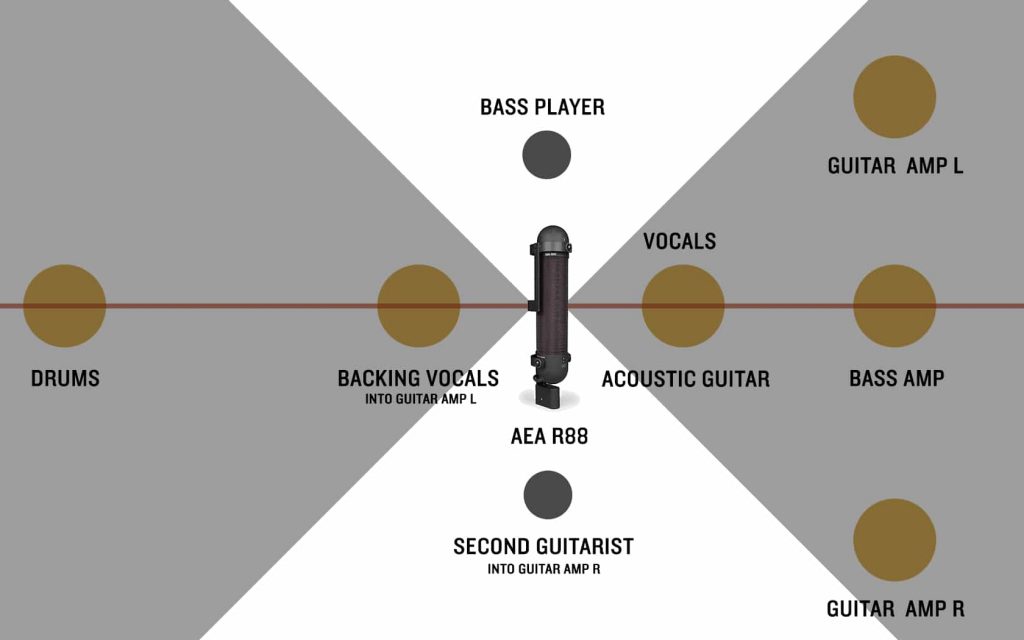 In the following video, John describes the process of setting up a band for recording.

The R88 and its single-channel sibling, the N8, were designed with minimal material surrounding the ribbon. This design yields an astonishingly open, natural sound that accurately reflects the room it inhabits.

In whatever capacity you see fit to use it, the R88 will serve to unify your recordings with a comprehensive and complete sound. Many engineers who recognize that potential won’t press record on their project until an R88 is in the room.

How To Record Drums With the R88

How To Record Full Bands and Natural Reverb With the R88