What makes each of AEA’s pill-shaped ribbon microphones unique?

Though the R84 and R92 cut similar silhouettes, each microphone has its unique tonality and functionality. Understanding the distinct qualities of each microphone is essential when it comes to deciding which of the two will best serve the instrument you are recording.

The R84 delivers the classic sound of the 44 in a more compact, lightweight body. Like its forbearer, the R84 provides generous warmth and richness of tone, but with more extended top-end.

The R84’s proximity effect can boost the low-end frequencies of any source within 18 inches of its position. This effect can take a thin-sounding source and give it the warm low-end necessary to bring balance to a mix.

The R92 has a tonality similar to that of the R84, as they both exhibit a classic Big Ribbon sound, but the R92 has uniquely pronounced mid-range response as well as minimized proximity effect.

A feature of the R92 that distinguishes it from any other AEA mic is a ‘dual-tone’ functionality that results in two distinct sounds from the front and back of the mic respectively. Turn the front of the mic towards the source to achieve a more crisp, bright sound and turn the back to the source for a darker, smoother sound that tames harsh high frequencies.

A Matter Of Distance

The R84’s optimal recording distance is anywhere between 2 and 6 feet from a source, though the R84 is also a capable room mic, delivering a balanced treble/bass ratio from as far as 15 feet away. Additionally, if the instrument or vocal you’re recording sounds thin, you can move the R84 within 18 inches of the source to take advantage of its low-end proximity effect.

The R92 was the first near-field microphone we developed, and its optimal recording distance is anywhere between 1 and 18 inches from the source. The proximity effect of the R92 is present when the mic is within 6 inches of the source. 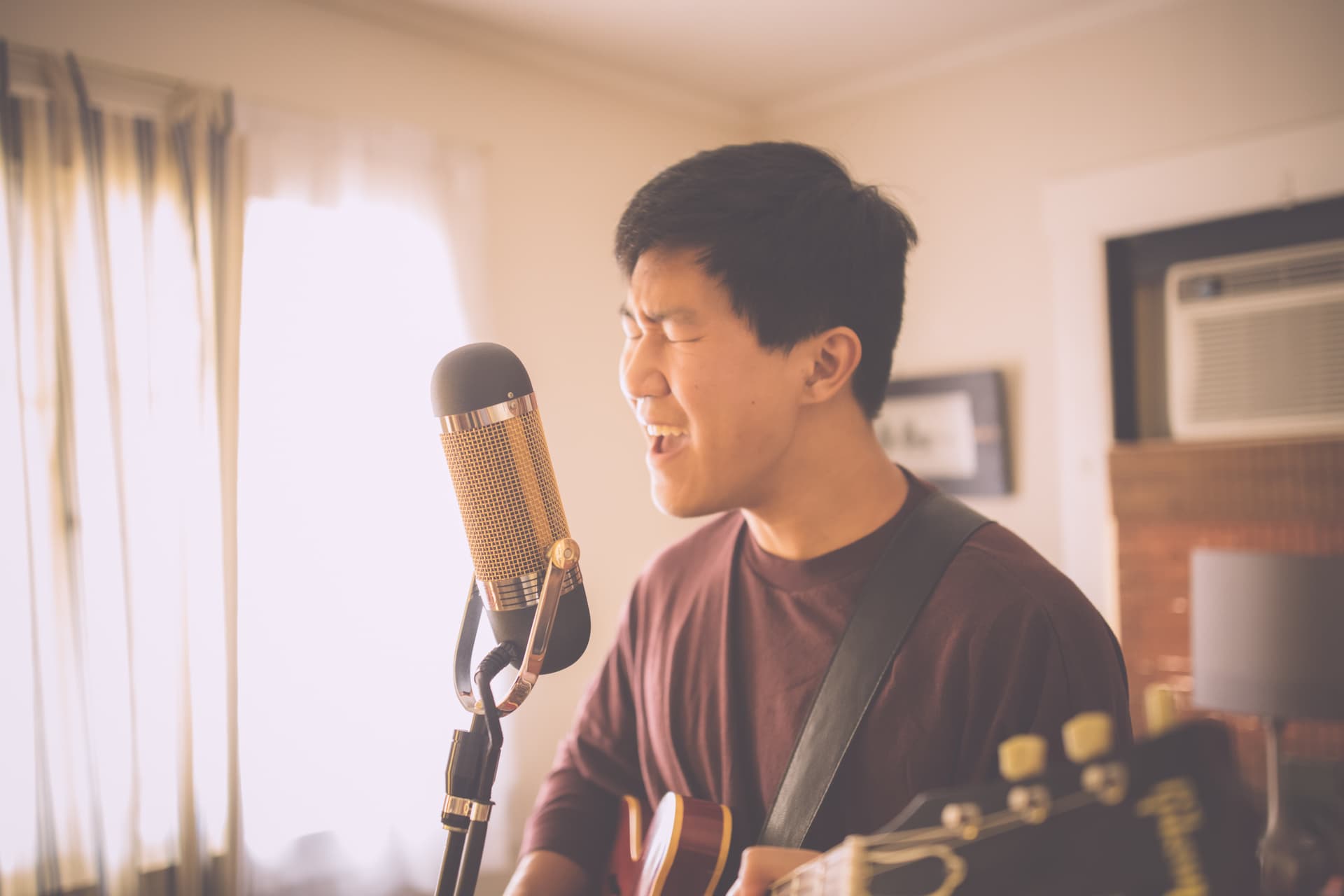 Which Mic For What Instrument

Though both the R84 and R92 are versatile enough to record just about anything, one might wonder which of the two will serve them best in their specific environment. If you need a close mic on a guitar amp, try an R92. If you’re recording an orchestral ensemble and you want to incorporate room ambience, reach for the R84. When recording drums, cymbals can produce harsh high frequencies that would benefit from the smoothness of the rear-side of an R92. If you want to capture a full sound of those drums in the room, try using the R84 as a front-of-kit mic.

AEA’s classic Big Ribbon sound is at the heart of both of these microphones. The choice between the two is dependent on the distinct needs of a project or environment.