On the Road and In the Studio

When Marty Stuart and his Fabulous Superlatives recorded their latest album, Way Out West, they chose to dominate the sessions with AEA ribbon microphones — from vocals to instrumentals.

For vocals, the group often used one microphone, the AEA A440, the active version of AEA’s replica of the iconic RCA 44BX ribbon microphone. For instruments, the choice was usually AEA R92 and N22 near-field models.

“I like the ribbon sound because of the warmth and the grandiosity of it,” said Stuart about the choice of microphones. “Groups like the Sons of the Pioneers, The Glaser Brothers and the Osborne Brothers sang harmony around one microphone. You could not put three microphones on a stage and achieve that sound. You have to walk up to one mic with three hearts and feel that vocal buzz. 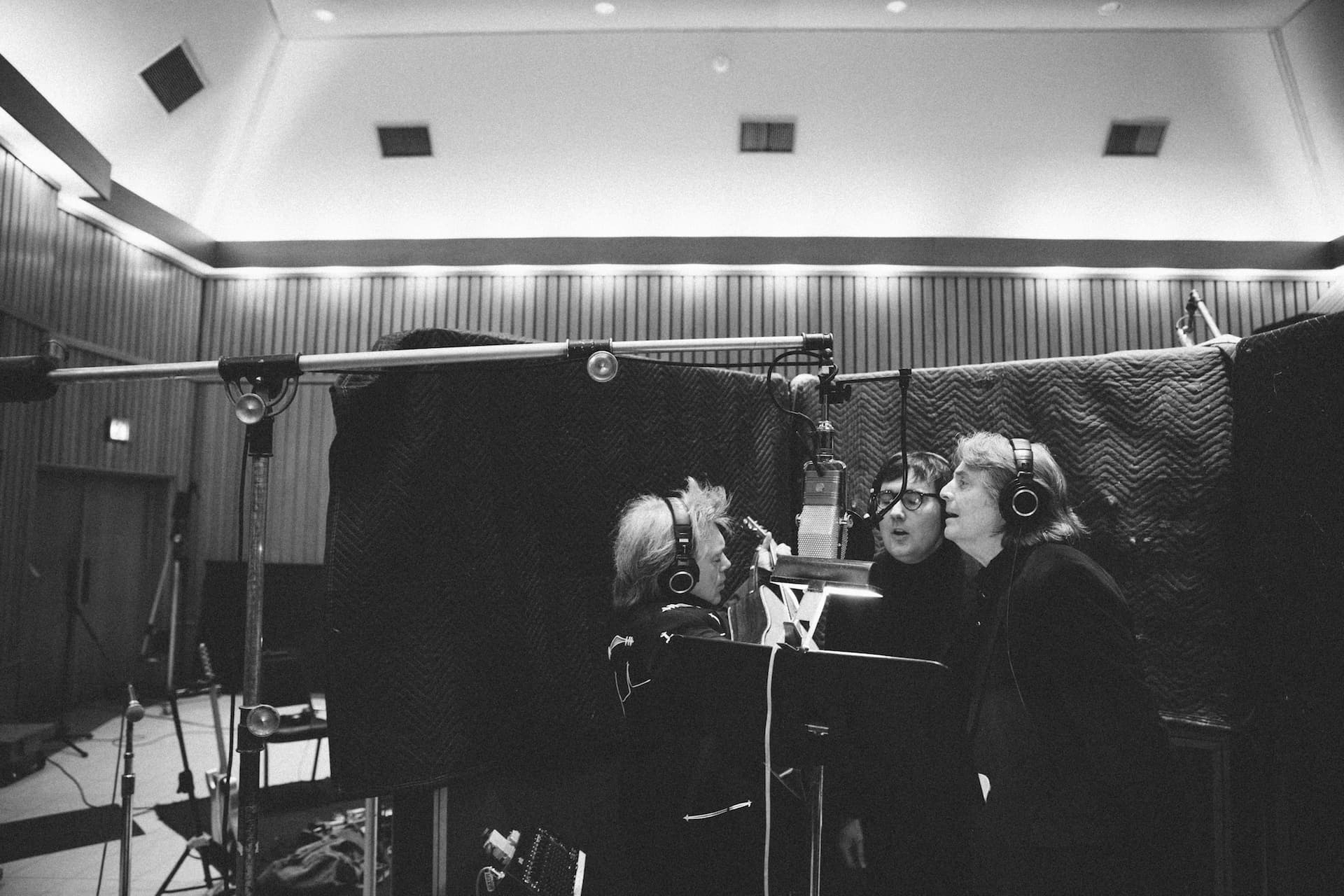 “You can do that around any microphone, but when the microphone gives something back, it becomes part of the act…part of the sound,” Stuart continued. “When we walked into Wes Dooley’s AEA microphones, it was kind of like life before and life after. Before using the AEA mics, I had been singing into some of the old vintage mics with tired ribbons in them. With most of the old WSM radio mics, the people didn’t know what to do with them. They sounded dull. But man I saw the concept when we first used AEA’s mics. They became a part of our band.”

Recorded in Nashville at the M.C. Studio and in Studio A at Capitol Records in Hollywood, Way Out West, produced by Mike Campbell, lead guitarist with Tom Petty and Heartbreakers, was conceived as a love letter by Stuart to the lonely but magical American West. “It is that spirit world of the West that enchants me,” Stuart said.

“Marty just wants it to sound right,” said Mick Conley, the band’s sound engineer. “We don’t always use vintage gear, but it tends to work. There’s something good about it and its basically distortion. Those old units distorted in a really musical way. On a couple of songs the guys gathered around the A440 and there was very little else. They’d do a take and usually that was it.”

During the recording of Way Out West, Conley recalled using an N22 on Stuart’s electric guitar cabinet, which put out “a blazing loud” sound. Then, Stuart decided to add an acoustic guitar to the track. It was not just any acoustic guitar, but the prewar Martin D-45 model that once belonged to Hank Williams Sr. and is now owned by Stuart.

"On a couple of songs the guys gathered around the A440 and there was very little else. They’d do a take and usually, that was it." 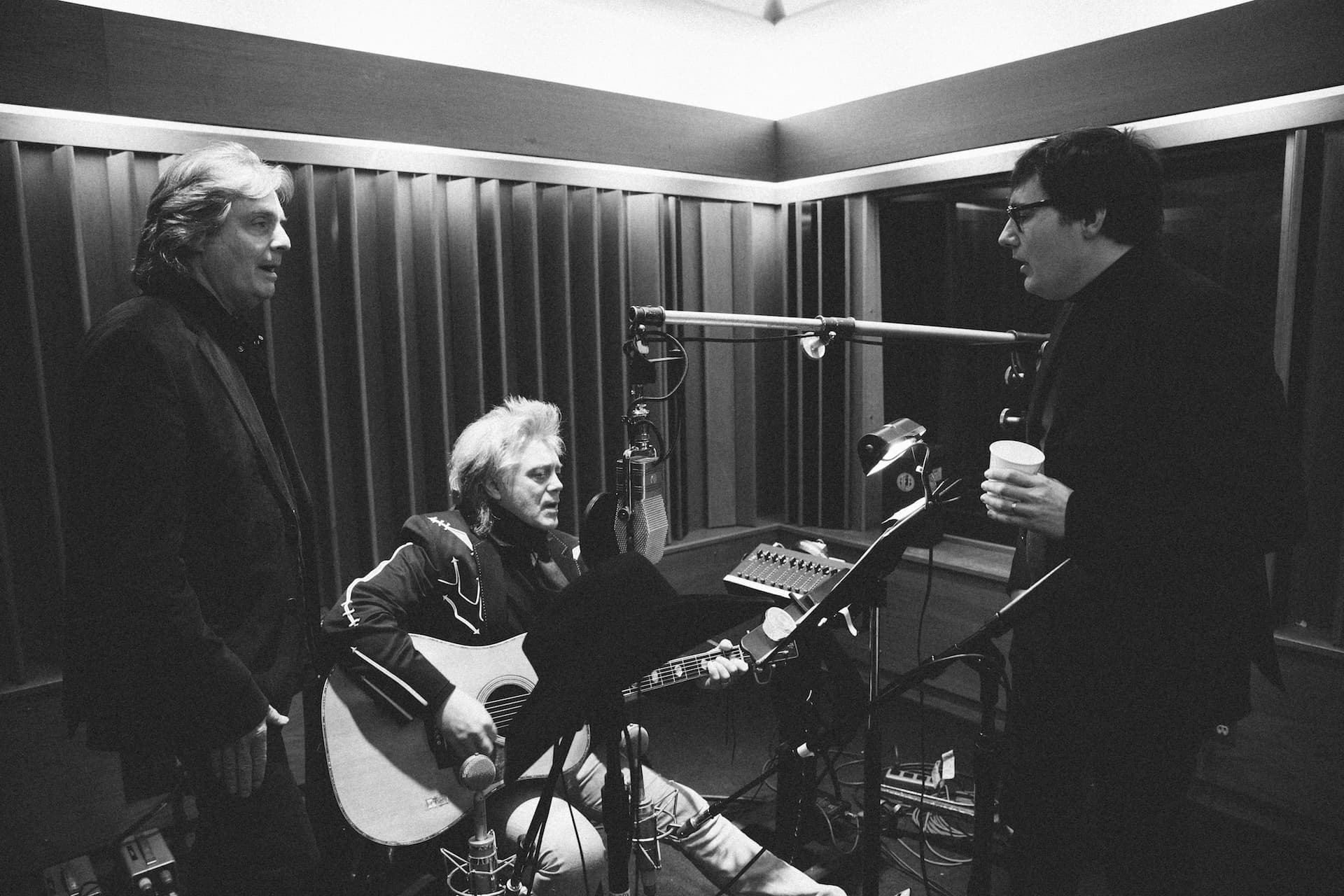 After Hank Williams passed away, the guitar was given to his son, Hank Williams Jr., who later sold it to Johnny Cash. Marty acquired the instrument from Cash by trading one of Merle Travis’ guitars for it.

“I moved the N22 from the electric guitar cabinet to the front of the Hank William’s Martin and it sounded heavenly. It was amazing,” said Conley. “That’s a great microphone when you can do that. You have lots of output for a spectacular acoustic instrument, but it also can handle a very loud guitar. AEA is making stuff that people will keep forever. I want everything they make.”

Kenny Vaughn, guitarist for the band, said he loves the sound of the R92 on guitars. “The ribbon picks up more of the frequencies of the guitar in a more balanced way,” he said. “It’s more like what you hear with your ears. Nobody puts their ear up next to an amplifier. A lot of what you hear is the cabinet, what’s behind the amplifier and what’s coming from the sides. There is more to it than just the sound coming out of the speaker. Ribbon mics capture more of the entire natural amplifier experience, rather than an artificial, compressed sound.”

“Condensers are a little spitty…sometimes big diaphragm mics just don’t get it and it is hard to pull them up in the mix. Mics like the AEA ribbons just make the music sound natural. It’s what I’m hearing from a guitar when I listen with my ears. Condensers sound processed to me. Sometimes you need that, but most of the time you don’t. I like that warm ribbon sound.”

On the AEA A440 used in the recording sessions, Stinson said the group can mix themselves around the microphone. “We like singing together. That’s the main thing. Finding a way to reproduce the way we sound when we are just singing together is important and ribbon microphones reproduce that perfectly. 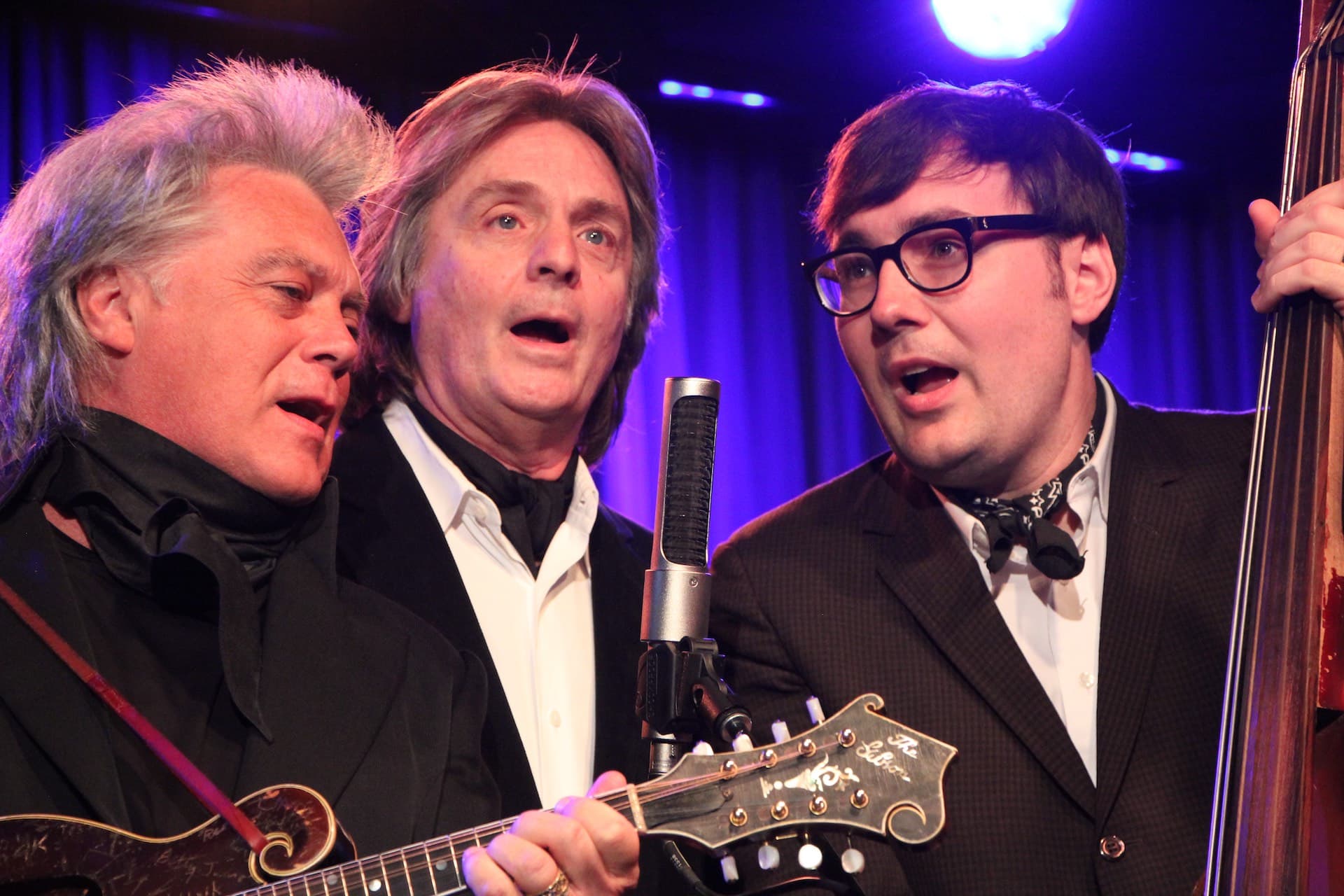 “In the old days, groups had to learn to cluster around one microphone because of the limited production, if there was any at all. They had to pony up when it was time for them to solo and then they would move in and move out. That has been lost today. People can still do it, but they are so used to singing on separate microphones and having someone else mix it. When you do that, however, you lose control of what your sound really is. When we sing around one mic it sounds natural, big and warm. It also makes it easier to sing. The first time we used the N22 in our acoustic set-up, we sang and went ‘oh man — this is the way it should be.’”

On the Road With Ribbons

The Stuart band’s regular performance gear includes AEA R92s on two Fender Deluxe guitar cabinets and a pair of N22s on drums. On acoustic sets, they very often use ribbons for vocals, including the N22, which the band members like.

Stinson said the near-field characteristics of the N22 and R92 is a big factor in being able to use them effectively on stage. “Also, there is a lot less fooling around with EQ. When you move away from the flat range and start adding and taking away to try to make the sound natural, you already have problems. With the N22, there is much less work to do.”

“I think people are getting tired of hearing poor sound,” he said. “It is a reaction to the over-production from multi-tracking. You lose something by not having people stand around a microphone to perform. Having ribbons out in a room for a drum kit is like nothing else. You can tailor that sound to anything you want. The beauty of the traditional ribbons too is you can be quite a distance from them and they still sound warm and thick. Ribbons are an amazing tool.