How To Record Your Full Band With a Single R44

The R44 is ideally equipped to capture the detail and tonality of an entire band on its own. High-frequency roll-off and big ribbon character combine to deliver an ultimately smooth and warm vocal sound. 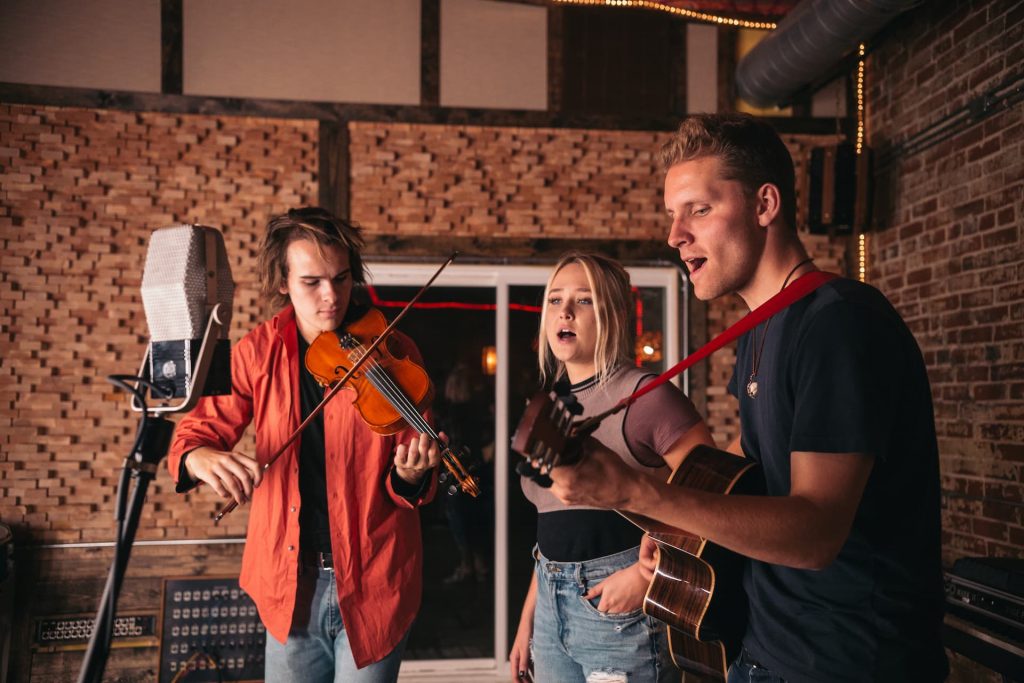 The R44 can also be used on its own to capture a detailed performance of a full band. Early methods for capturing ensembles involved gathering several vocalists and instrumentalists around an R44 for practical purposes. Mixing the volumes of individual performers required physically adjusting the formation of the ensemble around the microphone or asking instrumentalists to temper their playing volume.

Instruments within 6 feet of the R44’s reach will benefit from its pronounced proximity effect. This accentuated effect low-end adds warmth and depth to the tonality already present in your instrument. Instrumentalists can take advantage of proximity effect as they wish by moving their instrument closer or farther from the R44 based on what they play throughout a performance. The closer the mic is positioned to the band, the less room tone will be captured.

Learn How The R44 Series Can Improve Your Recordings

How To Record Drums With the R44

How To Record Vocals With the R44

How To Record Violin and Viola With the R44