How To Record Full Bands and Natural Reverb With the R88

The truthful detail and extended low-end inherent to the R88 make it an outstanding tool for capturing the comprehensive sound of a room. Its far-field design lends well to recording sources from as far as 20 feet away while still retaining low-end response. Effectively positioning the R88 in a room simply requires exploring the space and actively listening for the most balanced sound.

Much of an instrument’s sound comes from the room it inhabits, so accurately capturing that room sound is vital in achieving a comprehensive tonality. With this in mind, experiment with the vast spatial range of the R88 and its great capacity for far-field applications.

If you have a cavernous sounding room, a stairwell, or even a small yet nice sounding room, the R88 will shine and truly capture the depth of the space. Walk around the room until you find a spot that you like the sound of and place the mic there. The R88 will capture a natural and detailed sound that can often stand on its own.

A popular method of using the R88 in the room is to pair it with a close mic. The R88 adds room depth and natural reverb while the close mic provides focus.

The following video is an installment of our series called the AEA Sessions. It is a brilliant exhibit of the expansive room sound provided by a distant R88 and a close-up R84A. Trumpet player, Gabriel Johnson, delivers a dynamic performance of Nat King Cole’s ‘Nature Boy’ and his instrument fills the vast space with natural reverb and ambience. The R84A serves to bolster the low-end warmth of the trumpet, while the R88 captures a larger image of the instrument interacting with the room.

The R88 can also be used in the same way to capture the natural room reverb of a full band. This can the be blended with close mics to add depth and dimension to your recordings. 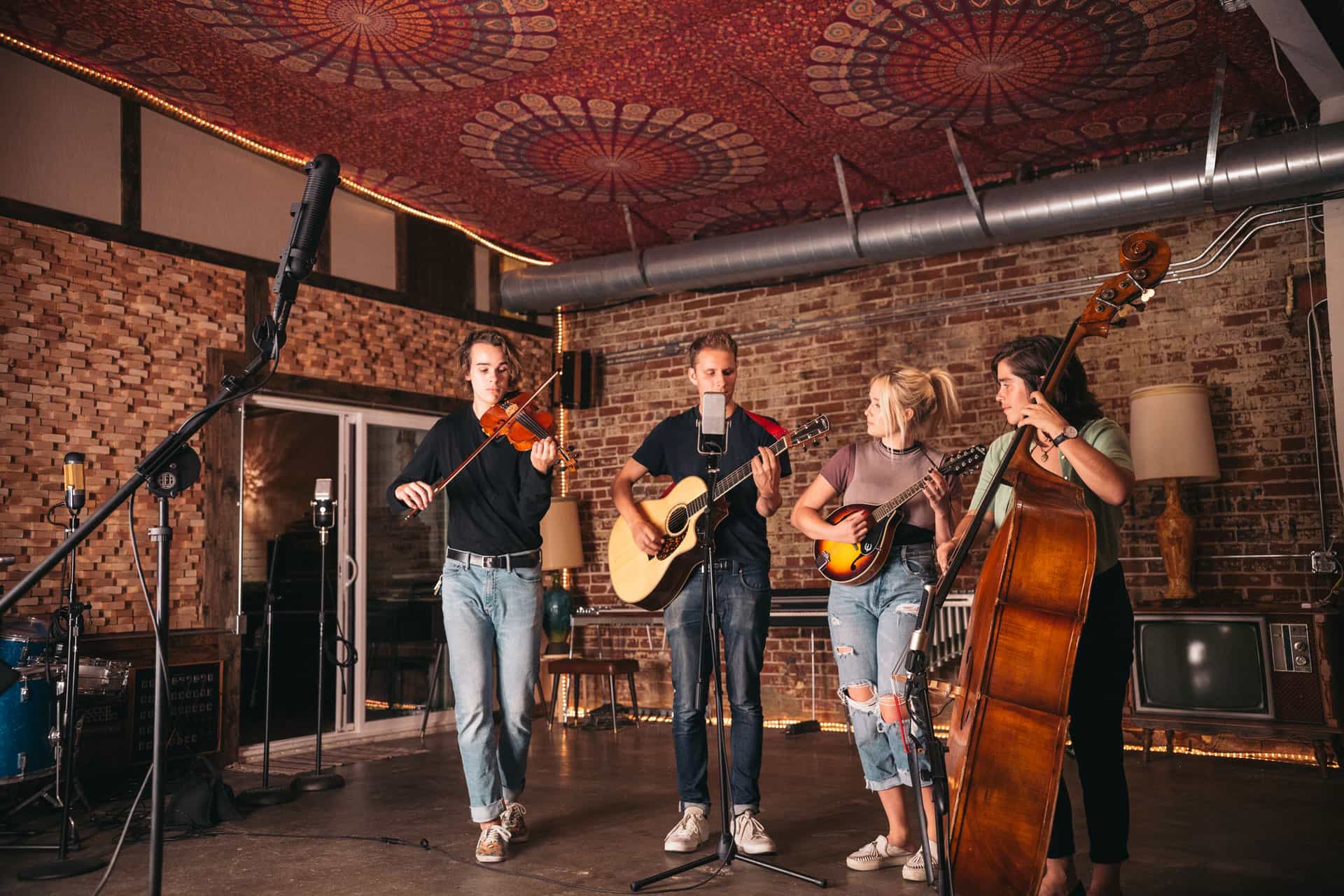 The R88 can also be used on its own to capture a detailed performance of a full band. Early methods for capturing ensembles involved gathering several vocalists and instrumentalists around one mic for practical purposes. Mixing the volumes of individual performers required physically adjusting the formation of the ensemble around the microphone or asking instrumentalists to temper their playing volume.

In his OneMic series, John Cuniberti implements the R88 in that same spirit and the resulting recordings are testament to the organic energy of the captured moment. The major difference with the R88, of course, is that breathtaking, natural stereo is captured in a truly organic way.

In the following video, the incredible band San Geronimo performs,”Pay Day” using only an R88 to capture the full band. Yes, it really is just a single R88 capturing this performance.

The versatile R88 excels at recording string sections, quartets, orchestras, and other ensembles from a distance. From as far as 20 feet away, the R88 captures detailed, balanced sound of an instrument section and supplements it with massive room tone. When arranged 6 to 10 feet from the source, the R88 creates a massive, detailed room image without the need for any support microphones.

When recording groups or ensembles, start by positioning the R88 from at least 5 feet away from the musicians with the white line aimed directly at the center of the ensemble. This will give you a balanced stereo spread in the two channels of the microphone. Because the two ribbon elements are perfectly in phase with one another you can pan the two channels however you wish. Most engineers start with channel 1 panned hard to the left and channel 2 panned hard to the right. This creates the largest and most realistic stereo width.

The image below shows where both elements of the R88 capture sound. The green area is the location that sound is captured in. When recording ensembles, make sure that the musicians are located within this green area. When both channels are hard-panned left and right, any source that is within this green area will sound like it is coming from that specific area. 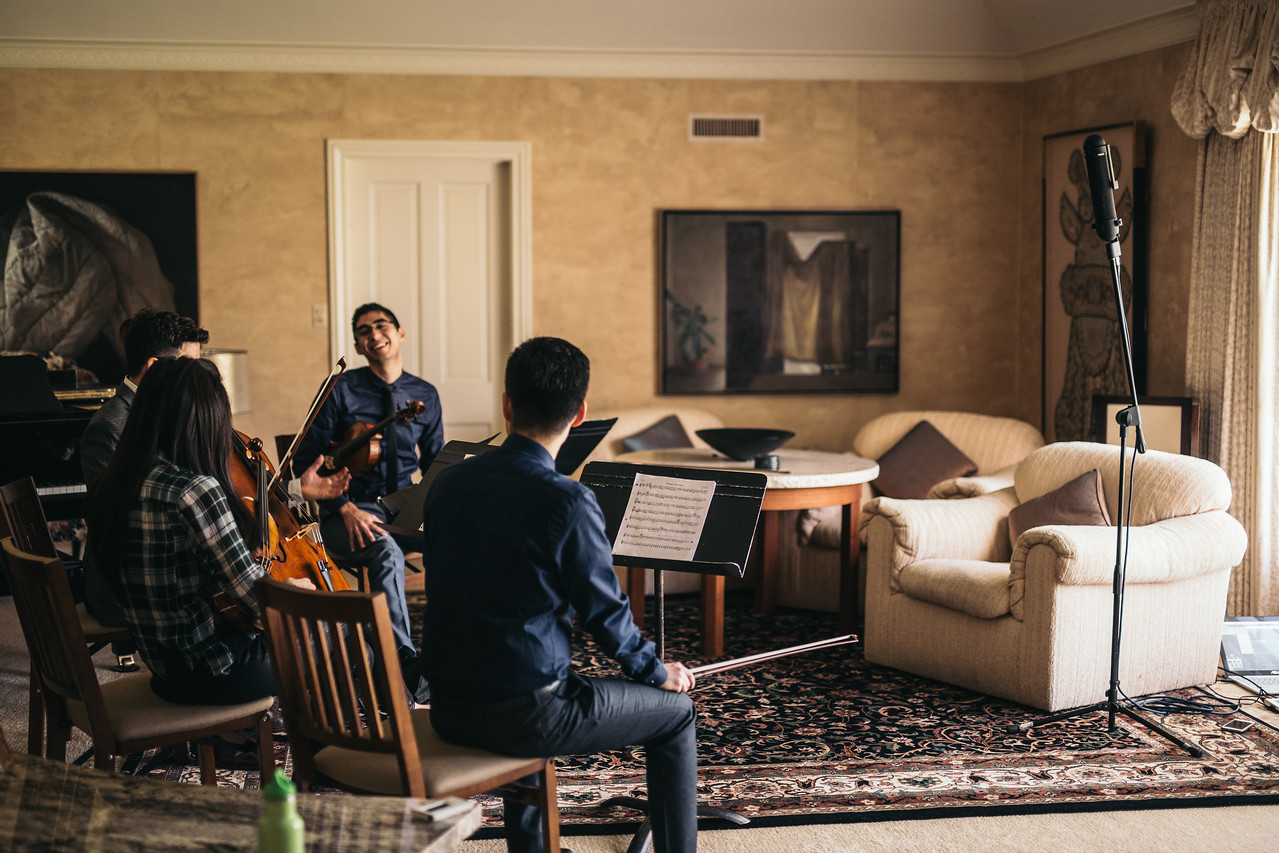 In the following video, the talented Cattus Quartet perform their arrangement of Etta James’ song, At Last with only an R88 positioned 8 feet in front of the group and 6 feet above the ground. Listen to the depth and articulation of the individual instruments, and how the natural sound of the group comes through.

In the following clip, composer Jeremy Zuckerman chose an R88 to capture the lush sound of an entire orchestra at the outdoor music festival, Playfest, in Malaga, Spain. An AEA N22 was blended in as a focus mic to capture solely the Ehru. In the following audio clip, everything is captured–including the sound of the ocean, a crying baby, the loud audience, and the beautiful sound of the orchestra.

Listen to the R88 live capturing an orchestra outdoors

Learn How The R88 Can Improve Your Recordings

How To Record Group Vocals and Choirs With the R88

How To Record String, Wood, and Brass Sections With the R88