How To Record Brass With the R84

The classic ribbon character of the R84 comprises detailed mid-range, extended lows and a figure-of-8 polar pattern, making it a terrific tool to record brass instruments. 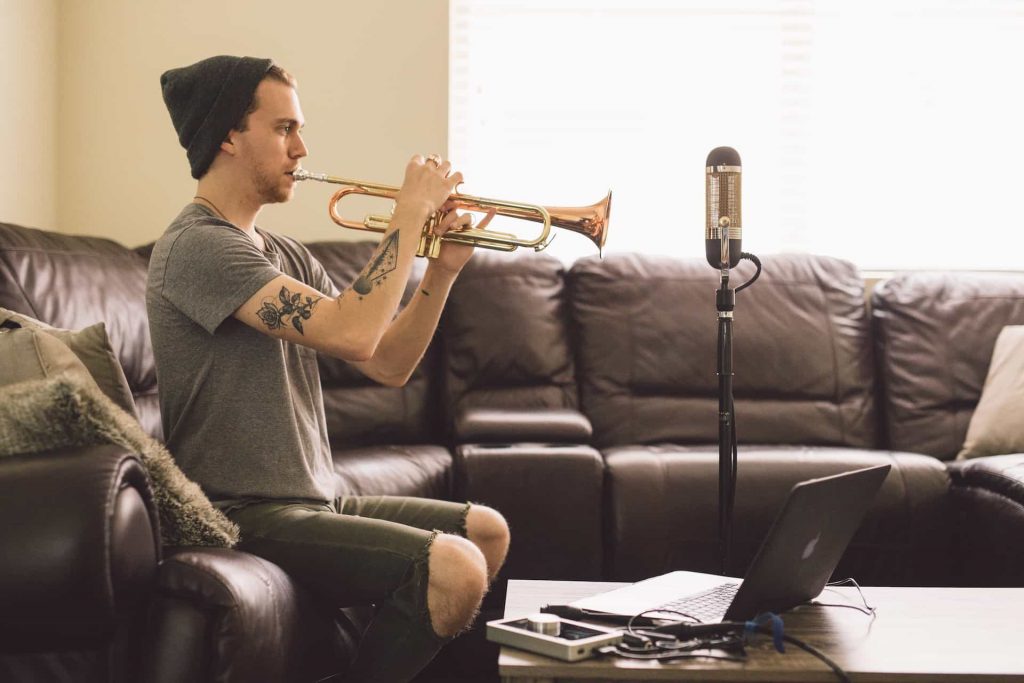 Try positioning the R84 roughly 12 inches from the instrument, keeping in mind the R84s proximity effect accentuates the bass of any source within 18 inches of its reach. Instrumentalists can take advantage of proximity effect as they wish by moving their instrument closer or farther from the R84 based on the notes they play throughout a performance.

The R84 delivers balanced a treble/bass ratio at distances greater than some might expect; from as far as 15 feet away, the R84 will still retain its characteristic low-end. This is an effective application for the R84, as it allows the mic to breathe in the massive spread of sound that fills and interacts with a large space.

The versatile R84 excels at recording brass sections, quartets, orchestras, and other ensembles from a distance. From as far as 15 feet away, the R84 captures detailed, balanced sound of an instrument section and supplements it with massive room tone. When arranged 6 to 8 feet from the source, in Blumlein configuration, two R84s create a massive, detailed room image without the need for any support microphones.

How To Record Strings With the R84