How To Record Acoustic Guitar With the R84

The classic ribbon character of the R84 Series comprises detailed mid-range, extended lows and a figure-of-8 polar pattern, making it a terrific tool to record an acoustic guitar. 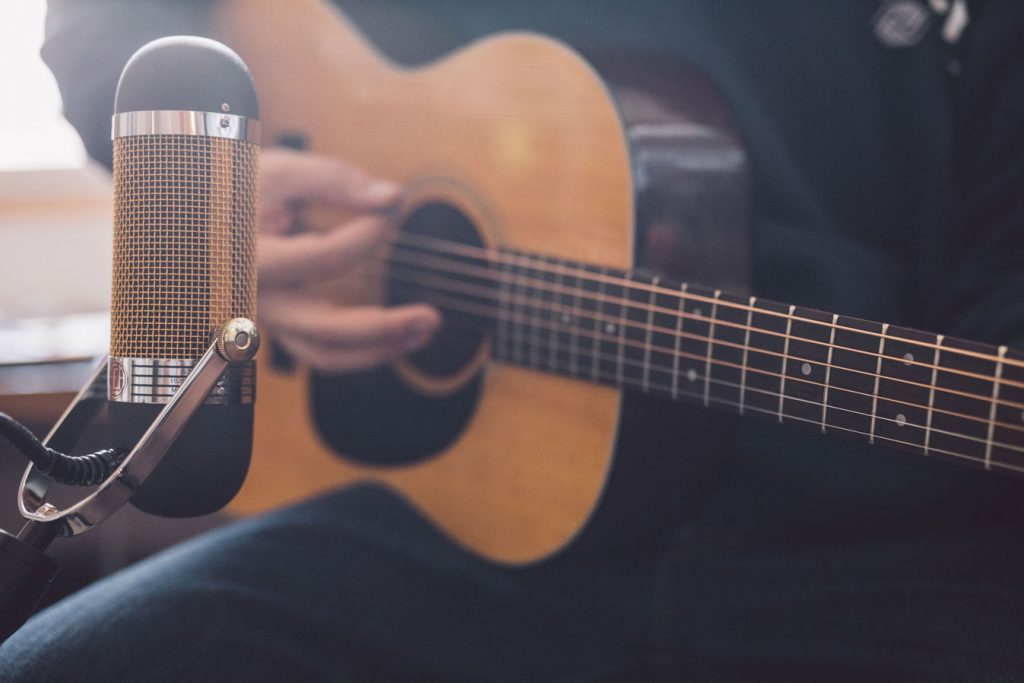 Try positioning the R84 roughly 12 to 24 inches from the guitar, facing the 12th fret. Within that range, you can move the R84 closer to accentuate the guitar’s low-end or pull it away to lessen that effect. Angling the mic away from the guitar’s sound hole can also lessen excessive low-end.

An acoustic guitar’s comprehensive sound comes from both the sound hole and the strings, so pulling back the R84 from the instrument allows it to blend together the two sounds.

When recording an artist that plays guitar and sings simultaneously, take advantage of the exceptional rejection offered by the null planes of the R84s polar pattern in order to reject the vocal and isolate the guitar.

With one R84, position it how you would normally mic an acoustic guitar, between the sound hole and the 12 fret of the guitar. Make sure that the null of the microphone is pointing towards the singer’s mouth. With another R84, position so that the ribbon is aimed towards the singer’s voice and the null is pointing towards the sound hole of the guitar. This will limit the bleed between both microphones giving both mics a great isolation.

The versatile R84 excels at recording instruments and ensembles from a distance. From as far as 15 feet away, the R84 captures detailed, balanced sound of an instrument section and supplements it with massive room tone.

How To Record Piano With the R84